Sizwe Ndlovu was born  in Johannesburg, South Africa in 1980. He was one of seven children in his family. He grew up playing a variety of sports such cricket, football, water polo, and rugby. He found the sport of rowing at Mondeor High School in 1997.

Rowing put him on a path of life transformation. Through the encouragement and support of his late headmaster Tom Price, Sizwe continued to excel in rowing and in school.  By 1999 he began his international rowing career in racing the JM4x at Plovdiv, Bulgaria. The next dozen years of training and racing were mired in success and setbacks through injury and illness.

In 2012 Sizwe stroked the South African Lightweight Men’s Four to Olympic Gold. Sizwe Lawrence Ndlovu became the first black male gold medalist in rowing and this was only the second Olympic gold medal in the history of South Africa!

Sizwe continued to compete through the 2015 World Championship season and then transitioned to coaching. He is responsible for talent identification as well as coaching of junior athletes in rowing. He continues to focus on developing the next generation of rowers of color.

One final note: Unfortunately, our interview did not have a formal conclusion to it. Sizwe and I lost connection around  the 70 minute mark in which is why there will be an abrupt ending to this interview. 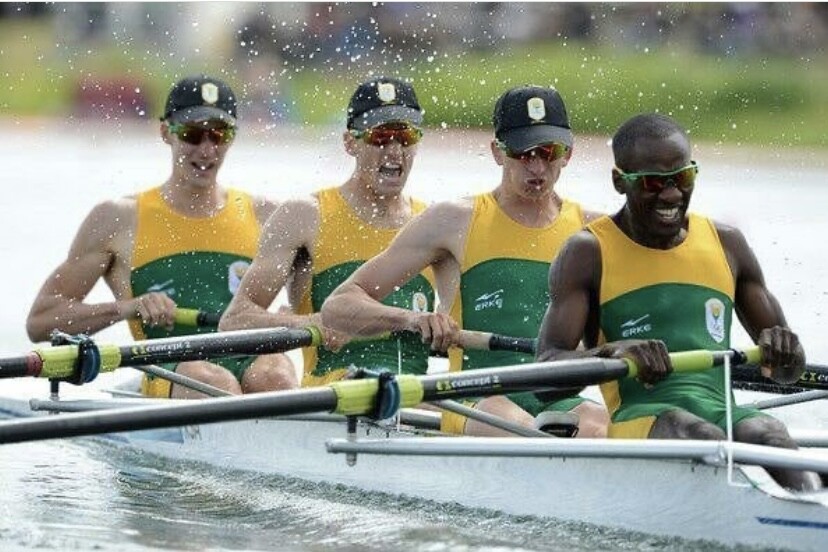 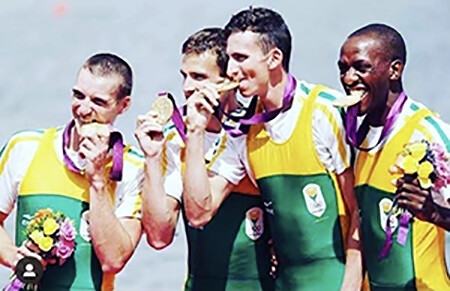