Since 2005 Cole has been been guided and supported by world famous Dr. Mauro Di Pasquale. Mauro is a scientific genius, MD, and author. He is a former World Champion, North American, many times Canadian National Champion Powerlifter. I follow and highly recommend Dr. Di Pasquale’s books “Metabolic Diet”, “Anabolic Solutions”, and “Radical Diet”. His guidance was and continues to be life changing for me and many champion athletes and ordinary folk.

I am personally very fortunate and grateful to have met Cole in person. He was the Team Leader for my team during my StrongFirst SFG I and he had a tremendous impact on me and how I carry myself as a professional.

Here is what you will learn in this episode: 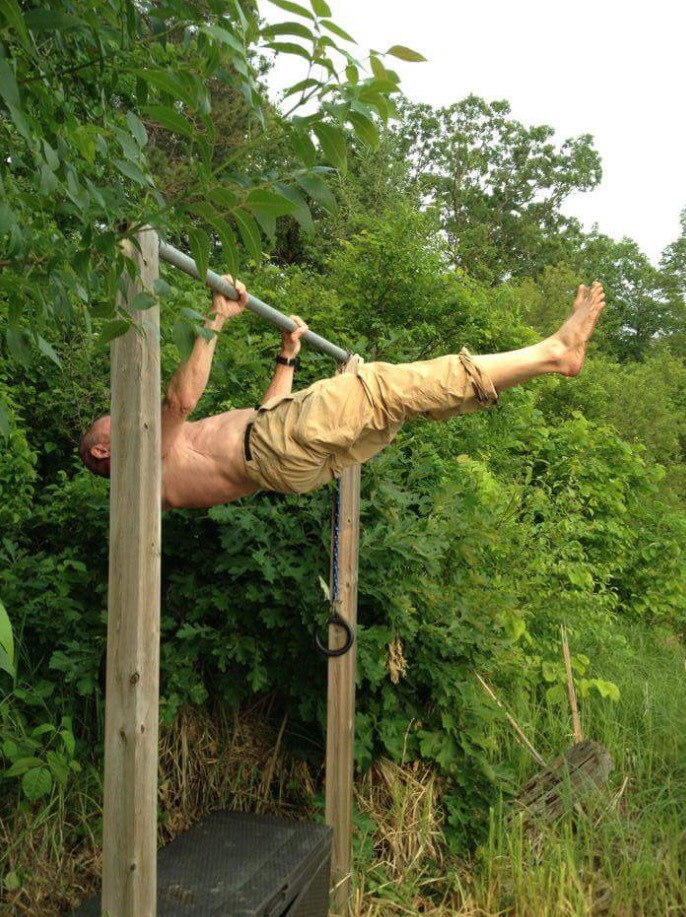 Below are some additional comments and remarks from Cole Summers that he sent me after the interview was recorded and requested they be included for you the reader and listener. Enjoy!

“Many of the StrongFirst Leadership, Masters, Seniors and Team Leaders are highly qualified and internationally respected martial arts instructors. These are people I hold in high esteem. I am honoured to call them my friends and I highly recommend people learn from them.

This past May, I trained in Prague with Pavel Macek of KB5 and Practical Hung Kyun.

I recommend any books from StrongFirst and they can be found here.

My favorite exercises are the overhead press and the front lever. The first time I remember pressing a barbell overhead was in Mahtomedi, MN when I was 13 years old. Over the decades that followed I barbell pressed in my basement, at the lake, and in various gyms. I also enjoyed one arm pressing a 70-100 lb dumbbell overhead while standing on a small cliff overlooking the beautiful lake in NW Ontario where the family cabins are located. I purchased many kettlebells for my school and home after Pavel reintroduced kettlebells to the west in 2001. The overhead kettlebell press quickly became my lift of choice. It is also for many, like myself, the most shoulder friendly of the three. The front lever is meditative for me as I mentioned. However, in my experience, the exercise that gives the most bang for the buck…by far… is the kettlebell swing!

I regularly use it with people of all ages and backgrounds…high school kids,doctors,nurses,athletic therapists, chiropractors, lawyers, engineers, police officers, musicians, singers, martial artists, hockey, basketball, volleyball, football players and more. After a winter (or several years) of training with me, which includes thousands of swings, my rugby players, male and female, are far quicker and they can repeat this quickness again and again. This is noticeable by everyone at the rugby park and especially their opponents!

The other big bang mainstay in my coaching is the get-up. Several of my high school kids including members of our multiple Provincial Champion varsity basketball team(s) could perform get ups with the Beast 48kg kettlebell. I feel this helped them in many ways including easily ripping the ball from their opponent when fighting for it overhead.”