The Indian Clubs roots stem from a war club or gada – an ancient weapon of invincible physical prowess and worldly power (1) from India.  The first record of it being used as a health and fitness tool was by Persian Pehlwani wrestlers (2). In the 19th century British soldiers stationed in India saw club swinging first hand. This ancient practice made its way back to England and soon spread throughout Europe. The Germans and Czechs integrated club swinging into their training systems (3). Friedrich Ludwig Jahn ‘The father of German Gymnastics” was largely responsible for the physical education in Germany and helped popularize gymnastics and club swinging.

In 1861 three historic events would set the stage for our country’s future in physical development and education:

Dr. Edward Hitchcock Jr. was appointed as the director of the department of hygiene and physical education by Amherst College, the first such recognized position in the United States. Diocletian Lewis founded the Boston Normal Institute for Physical Education (also known as Boston Normal Physical Training School), the first teacher training school for physical education (Note: 1861 marked the beginning of the American Civil War as well) (4). 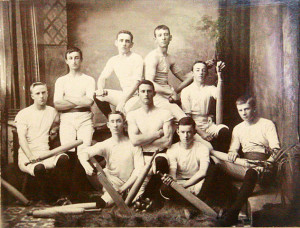 Indian Club Swinging became a staple in the US Army’s basic training for World War I and it was even an official sport at the 1904  and 1932 Olympics! Indian Club swinging continued to be used in the early 20th century but the interest in it declined as the popularity of sports such as football, basketball, golf, and baseball became part of America’s culture and pasttime.

Luckily thanks to folks such as Dr. Ed Thomas, Gray Cook, Brett Jones, and Phil Scarito the authenticity and practice of Indian Club Swinging is experiencing a revival in recent years. 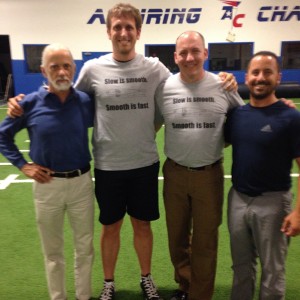 Dr. Ed Thomas, Me, Brett Jones, and Phil Scarito at the Indian Club Workshop in July 2015.

“The effect of these exercises, when performed with light clubs, is chiefly a neural one, hence they are primary factors in the development of grace and coordination and rhythm.” –  The United States Army Manual of Physical Training (1914)

The shoulder is the most mobile joint in the body but also the most susceptible to injury. The rowing stroke – sweep or sculling – places the shoulder in a weak position. Most of the injuries that occur in rowing are classified as overuse injuries or injuries that occur from repetitive motion. The issue may be more nuanced than that, where the poor position of the shoulder is coupled with equally poor posture and an inability to control force and that is what leads to injury. My experience, both personal and with my clients, is that stabilizing the shoulder girdle and improving posture, makes for stronger rowers that are less prone to injury. 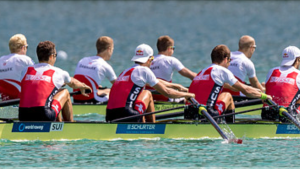 The catch position in the rowing stroke. Note the rotation through the shoulder and thoracic spine. 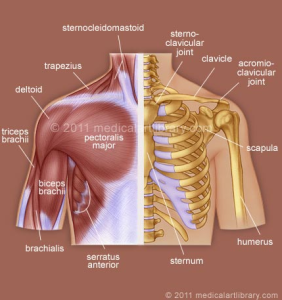 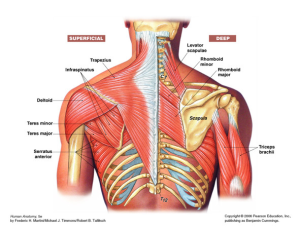 The scapula in the outside shoulder can become very unstable often due to the excessive rotation and/or reaching  across the body at the catch. A lack of thoracic spine extension and rotation often plays a factor as well. Often times rowers are disconnecting the shoulder from the body and lack the ability to dynamically stabilize the scapula at the catch. Sometimes it can be a simple case of robbing Peter to pay Paul. If you lack mobility in your thoracic spine your body will begin to take a stable joint such as the scapula and make it mobile. This is why it is so critical to look at the entire body as it moves. Remember, the brain does not care how it performs a movement, it is simply trying to execute and survive – and it will sacrifice quality of movement for quantity of movement every time.

Some of the treatments and prevention for shoulder injuries outlined by World Rowing are:

My contention with most of these recommendations is 1) drugs will only mask the pain and provide a temporary alleviation but will not be a long term solution and 2) the exercises are focused on strengthening the shoulder muscles in isolation. This is not reflective of the rowing stroke or movement overall. Strengthening the shoulder muscles in a seated row or doing a scapular strengthening exercise will help improve the strength of those muscles. However, it does not mean that those muscles will be able to work in harmony and provide stability in a complex, dynamic movement such as the rowing stroke. Hence, the reason for working with Indian Clubs.

What requires more neural engagement? A seated cable row or Indian Club swinging? Rowing on the erg or rowing all eight down the course at 38 strokes per minute?

Leave your comments below and make sure to share the article with the social media toolbar on the right! 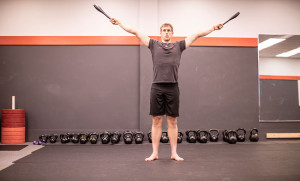 The cast position of Movement 1 in Indian Club Swinging